LG has been rumored to launch its most anticipated smartphone dubbed as LG V40 ThinQ. Recently, the device managed to grab multiple certificates suggesting us its imminent arrival. Eventually, the company confirmed it by scheduling a launch event for October 4 at LG Science park, Seol, South Korea. The short animated video posted by the company also suggests triple rear cameras as earlier speculated. 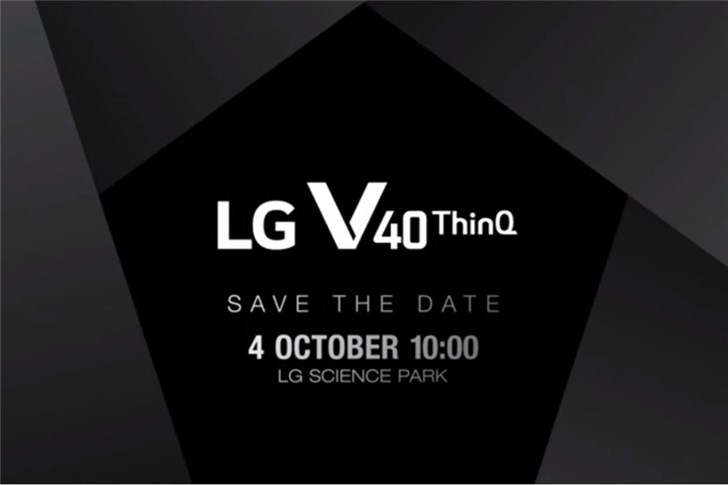 Lately, some render images were spotted given us the hint of its physical appearance. Design-wise, it seems a typical LG device resembling its predecessor LG V30. Regarding the specs, The LG V40 ThinQ is speculated to arrive with 6.3-inch 3120 x 1440 pixels QHD+ display, Snapdragon 845 processor, triple rear cameras, 3300 mAh battery, 6GB RAM, Qual-DAC, and 3.5mm audio jack. The device is expected to run on Android 9.0 Pie out of the box and dual front-facing cameras allowing facial recognition and to capture cool selfies.

To remind, LG V30 was launched with 6.0-inch P-OLED display covered with Corning Gorilla Glass 5 at 1440 x 2880p resolution. It is powered by Qualcomm’s Snapdragon 835 processor paired with Adreno 540 GPU. The key highlight of this smartphone is its rear camera. On the back side, the device boasts dual rear cameras, where the first one is 16MP, f/1.6 while, the another is a 13MP 120-degree wide-angle lens sensor to capture wider snaps. The LG V30+ has 3,300 mAh large battery equipped with MIL-STD-810G and IP-68 certifications.