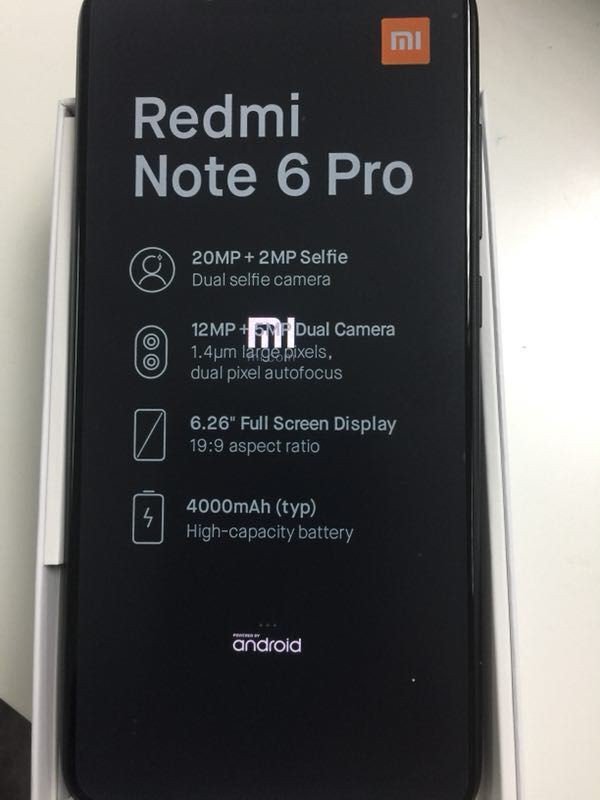 Xiaomi’s Redmi Note series one of the most popular among the mid-range smartphones. Redmi Note 5 Pro was announced last year in December, Now, the company seems all set to unleash its successor. Recently, the device grabbed several certificates suggesting its arrival soon in the market. Momentarily, We have spotted a leaked box image of Redmi Note 6 Pro revealing some key specifications of the anticipated device. 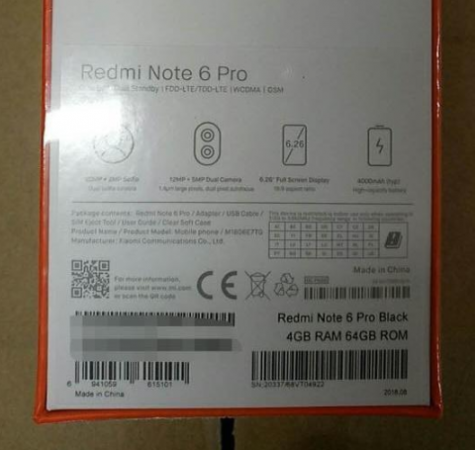 As per the box, The device will have a 6.26-inch Full HD+ FullView display. The optics department is handled by a dual 12MP + 5MP rear cameras. However, we can’t see clearly as the provided image is not in high resolution, but it seems the device either have a dual selfie shooter on the front. It will have a 4,000 mAh non-removable battery under the hood. The leaked image displays 4GB RAM + 64GB internal storage variant, but there should be other variants as Xiaomi usually does with “Redmi” series. Besides, the pricing details aren’t revealed by this box, therefore, we have to rely on official launch, which isn’t yet announced.

To recall, The Redmi Note 5 Pro was launched with a 5.99-inch Full HD+ display, Snapdragon 636 processor, Android Nougat out of the box, 4,000 mAh battery with Quick Charge 2.0 support, 64GB storage paired with 4/6GB RAM and dual 12MP + 5MP rear cameras. If the current leak is believed, Snapdragon 660 is definitely is an improved processor compared to Snapdragon 636, but rear cameras seem to be similar, which wasn’t bad either considering its price. Overall, we are hoping for a measurable upgrade, let’s see how the company delivers its most popular series smartphone, which people are eagerly waiting for.