Nokia 8 gets massive price cut of Rs. 8,000, confirmed by Amazon.in. However, the price cut doesn’t come officially from HMD Global, but the headset has been slashed to Rs. 28,999 on Amazon India website. To recall, the Nokia 8 smartphone was launched in India priced at Rs. 36,999 last year in October month.

Nokia 8’s cameras are powered by Carl Zeiss, extending the long-standing Nokia-Carl Zeiss partnership since the Symbian days. Other notable camera features include Bothie, Livestream split-screen footage from the front and back cameras to YouTube and Facebook, something HMD calls Dual-Sight. Moreover, both front and rear shooters are capable of recording up to 4K videos. 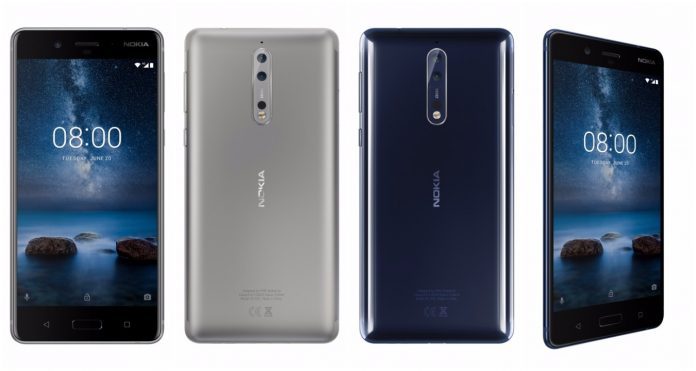 The device is powered by the latest Snapdragon 835 chipset paired with Adreno 540 GPU. It runs on Android 7.1.1 (Nougat), but, the handset can be upgraded to Android 8.0 Oreo; also company either promises to provide monthly security updates. Regarding storage, the handset employs 64GB internal storage coupled with 4GB RAM, including a MicroSD slot for further expansion.