The 2017 version of the Nokia 3310 comes with an improved design, custom designed the user interface and a 2.4-inch polarized QGVA display. It has a 2-megapixel rear camera with LED flash and 16MB of inbuilt storage which can be expandable up to 32GB with microSD. There was a lot of rumors that new 3310 will come with 4G compatibility but HMD global disappoint here. The new phone comes with only 2G support.

The new Nokia 3310 comes bundled with Opera Mini for basic web browsing. It has the standby time of 31 days and according to company’s claim. It runs on Nokia’s 30 series OS. This is basic feature phone so we don’t have expected more from it. 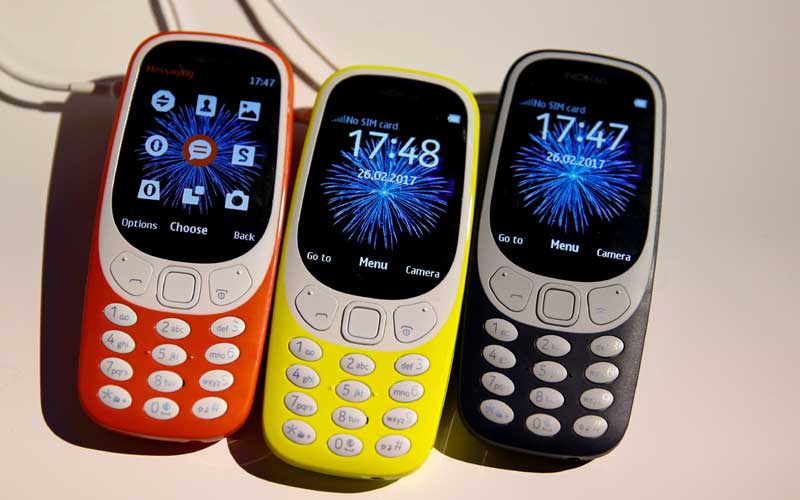 The new Nokia 3310 has glossy yellow, red, matte grey and dark blue color options. The feature phone supports single SIM and dual SIM variant and going to be available starting Q2 this year priced at 49 Euros ( 3,500 INR). This will be available in India for sure but we have to wait for some time.