The Chinese manufacturer Oppo has officially announced its upcoming smartphone Oppo R17. The device is listed on the company’s website and reveals some major features of the anticipated device, also the company confirms its arrival on August 18, when the device will be officially released. At the time of posting, the device is available for reservation on the company’s China store, but unfortunately, we have no idea about its pricing. To know its pricing, we have to wait for the official unpacking, which will take place on August 18.

The Oppo F17 features a 6.4-inch 1080×2280 pixels, Full HD+ display with 91.5% screen to body ratio. It is powered by Qualcomm’s 10nm chipset (my bet would on Snapdragon 710 or maybe 670). Regarding the storage, the device offers 128 GB internal storage coupled with 8 GB of RAM and have two color options including Blue and Purple. Moreover, the device is equipped with an in-display fingerprint sensor, which company claims to unlock the device as low as two seconds. 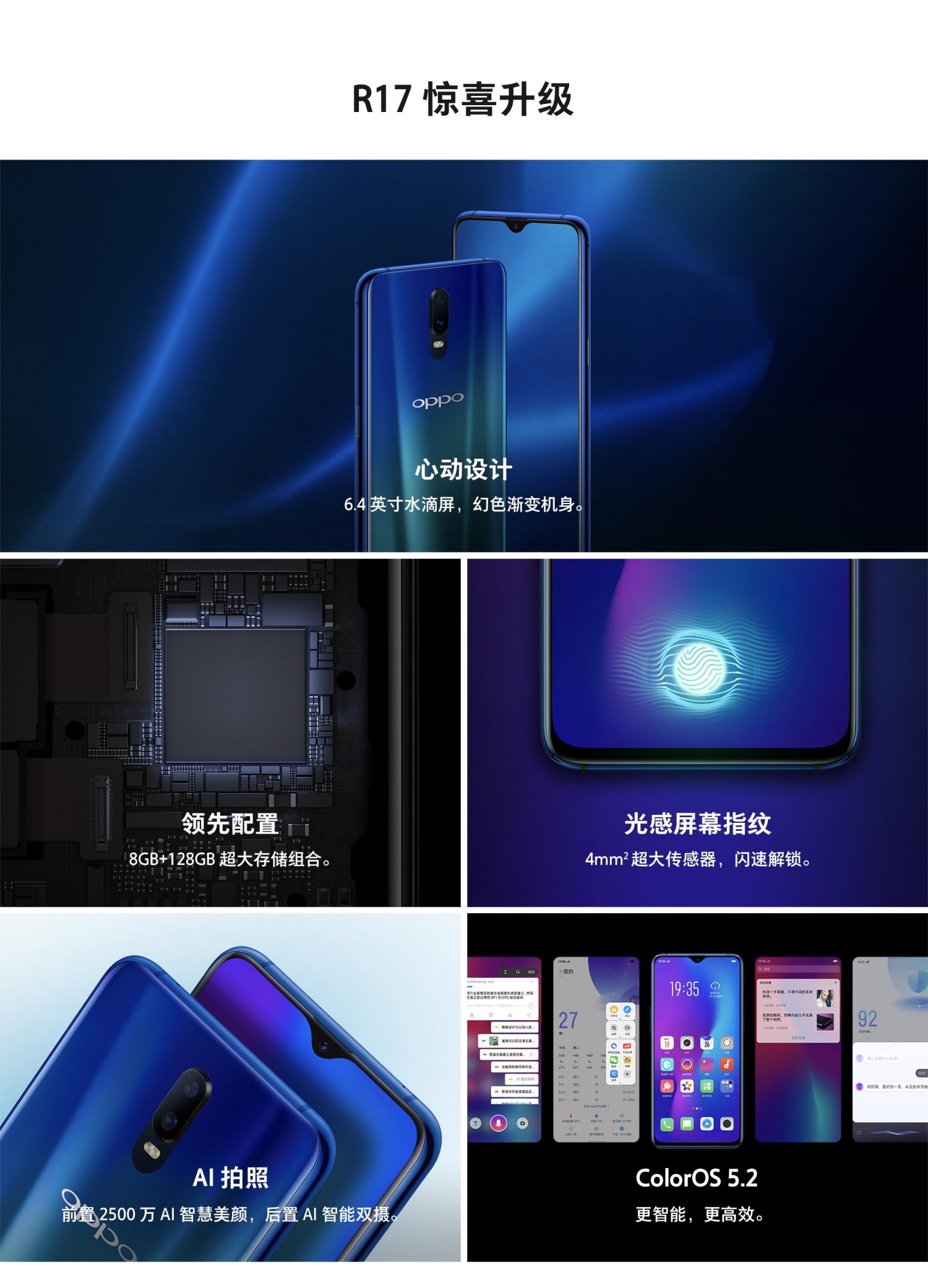 The optics department is handled by AI-powered 25 MP front shooter with several beautification tweaks made to improve the selfie shots. However, the company’s didn’t disclose the rear camera configurations, but a dual rear camera can be seen in provided images. Further, it packs a 3,500 mAh non-removable battery with VOOC fast charging support. On the top, it has ColorOS UI 5.2 based on Android. Other connectivity options include has 4G VoLTE, Wi-Fi, Bluetooth, GPS/ A-GPS, and USB Type-C. 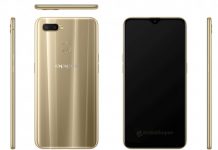