Update: Vivo officially confirmed a new generation waterdrop display with up to 91.2% screen to body ratio! 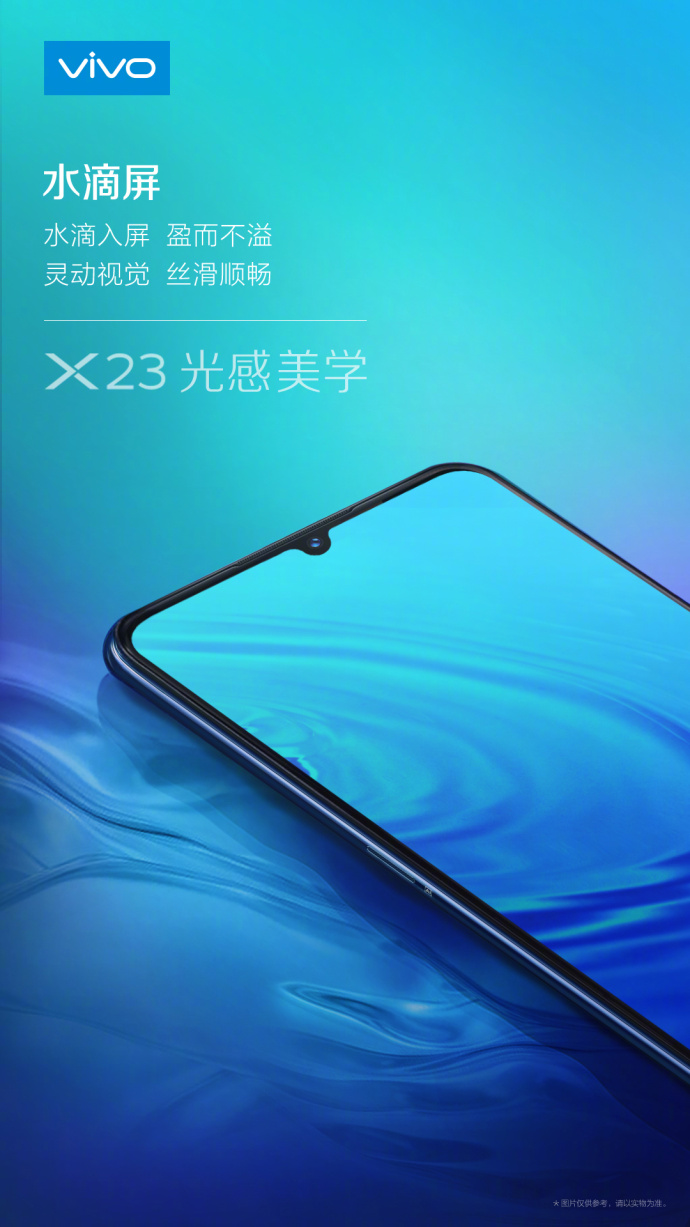 Vivo is all set to unleash the Vivo X23 smartphone and it can be announced anytime soon. But before being official, the device again spotted on Chinese benchmark database Master Lu by revealing some specs. Most of the specs are already been confirmed by the company itself and the listing further confirmes it.

According to the provided benchmark screenshots, The device with model number V1809A will arrive with a Kryo 360 based octa-core Snapdragon 670 processor coupled with Adreno 615 GPU. The mentioned device boasts 6 GB of RAM but recently company confirmed an 8 GB model, therefore, possibilities are it will bring another pro variant, which is speculated to bring Snapdragon 710 processor.

The company already confirmed 6.4-inch Full HD+ display at 1080 x 2340 pixels resolution. The device scores 42,474 in CPU and 68,961 in the GPU department. Apart from that, the device is expected to carry a dual 12 MP + 5 MP rear cameras, 3D facial recognition, in-display fingerprint reader and a premium glass design. The handset is already listed on JD.COM by revealing three color variants: Red, Blue, and Purple. For further erudition, we have to wait for the official declaration, that could take place in the coming days.