The Chinese firm Huawei has already confirmed that the HiSilicon Kirin 980 chipset is arriving soon. Now, the company just releases a small clip inviting for the event, that will be held on August 31 at IFA 2018, Berlin. Still, the company didn’t tell the product name, but a chip-shaped pattern is enough to tell us that Kirin 980 will be announced on the given date. Besides, company’s Executive Director Mr. Yu Chengdong lately confirmed the Kirin 980 to be built on TSMC’s 7nm architecture and it will be first in the industry to adopt that kind of structure. 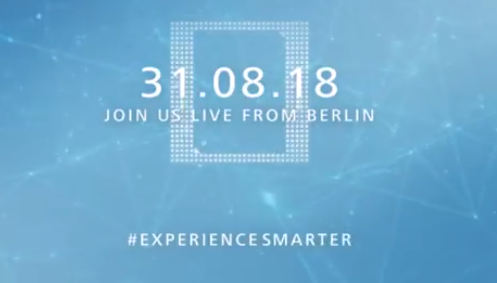 Furthermore, the Kirin 980 is speculated to use up to 2.8 GHz octa-core CPU, however, cores are not yet confirmed but most probably it will use ARM’s Cortex-A76 and Cortex-A55 combinations, yet, a leaked benchmark showed Cortex-A77 that doesn’t seem reliable. The expected GPU is Mali-G72 MP24 with 24 cores and a 2nd generation Neural Processing unit to handle the AI tasks and faster image processing.

As far as availability is concerned, the chip will debut with Huawei Mate 20 series, which is rumored to announce in October month and will be released at the end of 2018 in global markets. Anyway, we are not far away from its official announcement, hence, stay tuned with us for the further piece of information!