Apple has officially confirmed the date for its even which will take place on September 12, 10 a.m. PDT at Steve Jobs Theater. This is the first time ever in Apple’s history that any event is going to happen at given place, which means company wants to present a tribute to Steve Jobs, the godfather of the Apple industry. 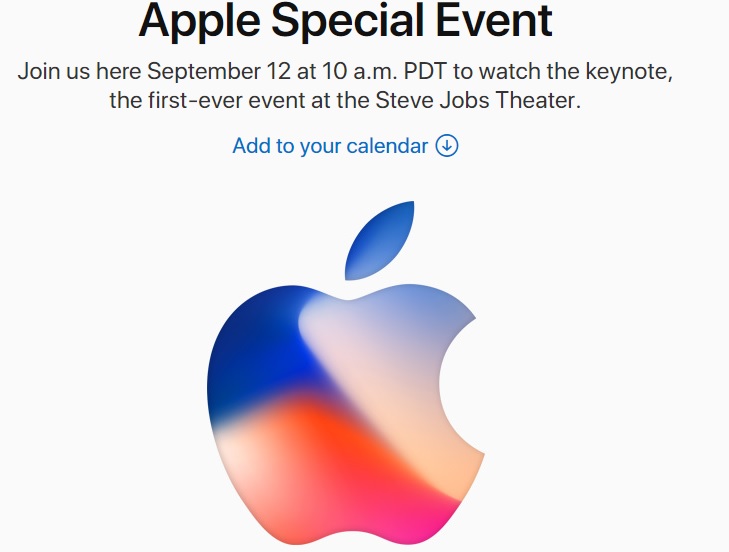 What are we expecting for in this event?

The invitation doesn’t give any clue about what the company is going to launch at September 12’s event. But we are pretty sure that iPhone 8 will be a major device to be launched. The iPhone 8 is expected to boast 5.8-inch OLED display with dual vertical cameras on the back. On the front, there might be either dual camera setup as Apple is planning to introduce facial recognition technology.

Apart from that, Apple seems likely to ditch touch ID which could be replaced with facial recognition to supply more screen-to-body ratio. Regarding the storage, the first time Apple could go up to 512GB if market rumors go correctly. Finally, The wireless charging is ready to make its debut on Apple devices.

Also, The company will likely to launch iPhone 7s and 7s Plus and 4k ready Apple TV. As of now, all these are rumors. We have to wait for September 12 to know what exactly Apple unveil in that event.

Stay tuned with us to get further updated!