Oneplus got massive success last year with their most successful smartphone ever OnePlus 3 and 3T. Now the company posted a new image on their official Weibo account and CEO Pete Lau reblogged it as well which could be OnePlus 5 image some reports claim. The OnePlus 5 with could be launched in June or July looking at OnePlus’s previous work as OnePlus 3 was showcased in June last year. 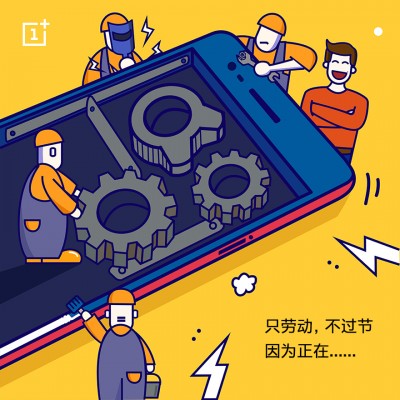 The OnePlus 5 is expected to come with Snapdragon 835 processor as all the big brands are doing on their flagship smartphones. It is rumored to have a 7mm thick body and 5.5-inch QHD AMOLED display on front. As far as storage is concerned, it might go up to 256GB inbuilt storage coupled with 8GB  RAM which is kind of unusual to have that much RAM on a smartphone but the company can do it for marketing strategy even some rumors also claiming that their would be 6GB RAM. Other specs are still unknown but it suggested that OnePlus will also dive in Dual camera race so we can see dual cameras on next OnePlus flagship.

It is too early too say anything about this device. Their is nothing official yet but we are definitely hear some nice from company in next 1 or two month. Expectation are very high, lets see what company brings for their users.