The Chinese firm OnePlus has unleashed its much-awaited smartphone called OnePlus 6T as it was promised. The handset only took 6 months of time to overhaul its predecessor OnePlus 6, that was made available in May most parts of the world and its key market India. Design-wise, it resembles the original OnePlus 6, but with a narrowed notch and in-display fingerprint sensor.

Considering the specs, The OnePlus 6t is equipped with a 6.41 inches 1080 x 2340 pixels Full HD+ AMOLED display, covered with Corning Gorilla Glass 6 to provide an extra layer of screen protection. It is powered by the Qualcomm Snapdragon 845 processor coupled with Adreno 630 GPU under the hood. As for optics, the device borrows the same dual horizontal 16MP + 20MP rear camera from its sibling as well as a single 16MP front-facing shooter for selfies. The rear camera offers 2x OpZoom Zooom, thanks to the secondary telephoto lens. 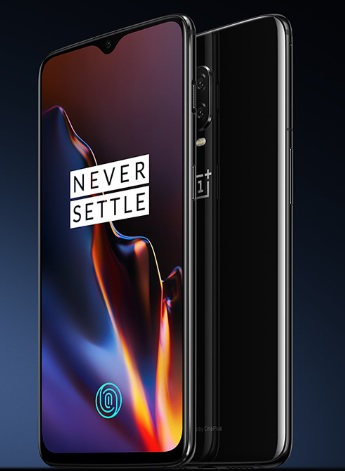 As some previous leaks disclosed the removal of 3.5mm jack, the OnePlus finally confirmed it while this launch event. The good thing is that the company will be bundling a Type-C to 3.5mm converter out of the box and also launched a fairly priced USB-C Bullets headphones, which will cost you $20 for USA market or 1,499 INR in India. As far as storage is concerned, the device comes in three variants; either 6/8GB RAM + 128GB storage or 8GB RAM + 256GB of storage.

Further, it runs Oxygen OS based Android 9.0 Pie out of the box. All the essential connectivity options are included such as Bluetooth 5, GPS with GLONASS, NFC, Wi-Fi 802.11 a/b/g/n/ac (dual band) and USB Type-C port for charging. The dual SIM device measures 157.5 x 74.8 x 8.2 mm and weighs 185 grams. It has a 3,700 mAh non-removable battery including quick charging support with OnePlus’s 20W dash charger.

The OnePlus 6T is priced at 549$ for base variant, which goes up to 579$ for 8GB RAM + 128GB and 629$ for top-end 8GB RAM + 256GB variant respectively. The device will start selling from November 1 in the USA via T-Mobile and from November 5 in the Europian markets. When it comes to color options, the handset arrives in two Mirror Black and Midnight Black color variants. As far as Indian availability is concerned, the device will be exclusively sold on Amazon starting from November 1, but still no words from the company regarding its pricing. 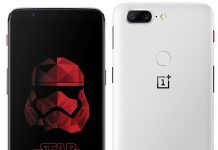