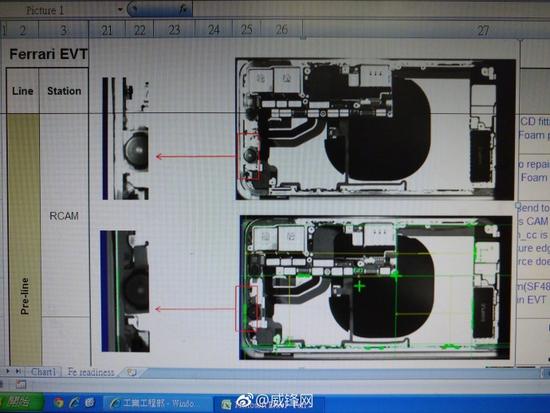 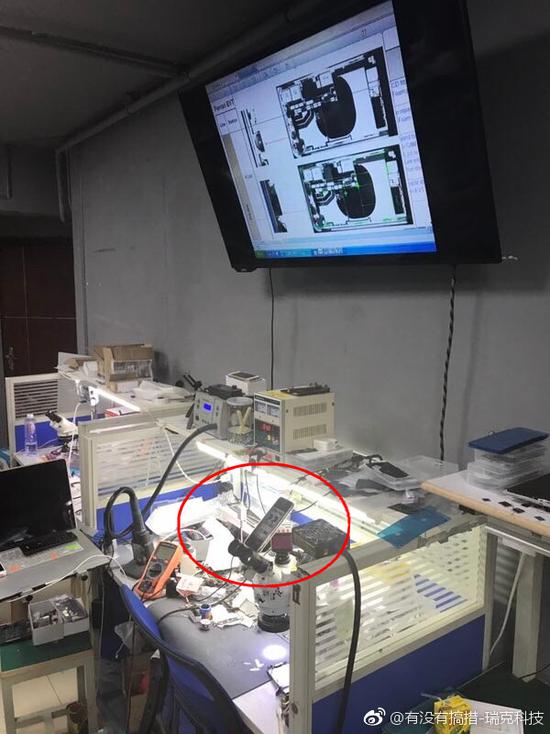 We can see (above images) the double PCB, wireless charging coil, dual vertical cameras and other elements. According to reports, the machine has been in the EVT stage with given code name “FERRARI”. Apparently, the motherboard seems to be C type rather than previously predicted “L” type, the rear camera a large (telephoto) and a small one with a wide angle lens. 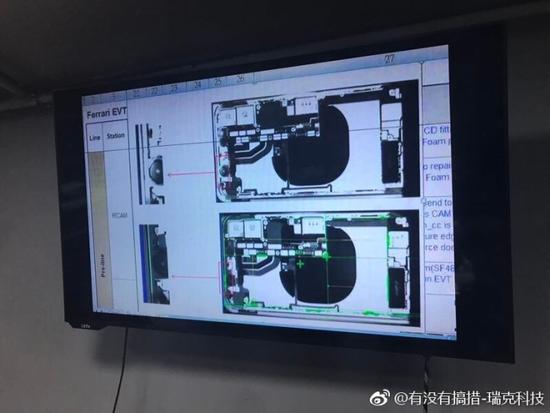 At the same time, Foxconn senior vice president also confirmed the news of OLED deal with Samsung for the iPhone 8, Luo Zhongsheng said:

The yield of profiled OLED is only 60%! It seems that the difficulty of special-shaped cutting is indeed great, of course, the cost will not be cheap. Estimated iPhone 8 is not cheap.

As we reported yesterday, KGI Securities analyst “Ming-Chi Kuo” said that Apple is eliminating fingerprint recognition technology; instead, it could be replaced with biometric 3D face recognition allegedly called “Pear ID” according to Homopad firmware. Besides, “Luo Zhongsheng” pointed out that “the cost will not be cheap,” the iPhone 8 could be priced somewhere around 1100$.